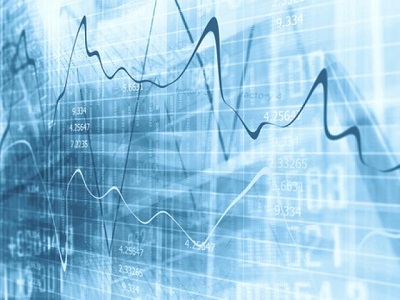 Asian stocks kicked off the week on a positive note as investors cheered the near one million jobs created in the US last month. US equity futures also edged higher, extending their Friday gains with cyclical sectors likely to benefit the most from the strong rebound in the economy. Surprisingly though, we only saw limited moves in the Treasury market with yields on the 10-year benchmark remaining 6 basis points below last Tuesday’s high of 1.78%. The dollar also saw a muted reaction after an initial spike, but this could be largely due to the Easter holidays in the US and elsewhere.

Growth prospects, the risk of inflation and the pace of vaccinations remain the dominant factors moving financial markets. Investors seem to be frontrunning the Federal Reserve anticipating at least a 25-basis point rate hike by the end of next year. On Wednesday, minutes from the Fed’s last meeting will possibly shed further insight into the thinking of monetary policymakers. The March meeting occurred after the $1.9 trillion stimulus program passed but before the $2.25 trillion infrastructure proposal. While the “dot plot” representing interest rates projections did not signal any rate rises until 2024, seven out of eighteen officials were anticipating an earlier interest rate hike.  If parts of Biden’s infrastructure proposal come to fruition in the next couple of months, we’re likely to see more policymakers joining the hawks.

Given the divergence between US economic growth and the rest of the developed world, expect the dollar’s uptrend to remain in play for the second quarter of the year. Short positions on the greenback are continuing to decline according to the latest CFTC positioning data which is another bullish signal. The worst performing G10 currencies so far this year like the euro, yen and Swiss franc are likely to feel most of the pain.

Gold, an asset heavily favoured by investors during the pandemic has seen steep declines over the past three months. The precious metal has dropped by more than 10% in the first quarter and has lost almost a fifth of its value since peaking in August 2020. It shouldn’t be that surprising to see the metal falling after a strong surge in US Treasury yields and hopes of a robust global economic recovery. However, gold remains a key asset in a well-diversified portfolio. After all, we have never witnessed stimulus in the amount seen over the past 12 months and there are high chances that inflationary pressures will keep real interest rates in negative territory for a prolonged period.

The FXTM brand was initially launched in 2011 with a unique vision to provide unparalleled superior trading conditions, advanced education and state-of-the-art trading tools in the forex industry. As a result of a continuous focus on localizing our products and services to suit each market, together with our successful collaboration with talented and experienced teams from all over the world, FXTM was quickly established as the global trademark it is today.
Forex No Deposit Bonus