General Electric shares are trading slightly lower than they closed on Friday after weaker-than-expected fourth-quarter earnings. GE reported Q4 earnings per share of $0.08, versus $0.09 expected.

Despite the headline earnings miss, revenues were actually better than expected at $21.93 billion versus the $21.83 billion forecast. However, these were down 16% from a year prior.

Commenting on the results, GE CEO Larry Culp said that the company ended the fourth quarter with $4.37 billion in industrial free cash flow, beating his initial expectations of a $2.5 billion result.

Culp went on to say:

“As 2020 progressed, we significantly improved GE’s profitability and cash performance despite a still-difficult macro environment. The fourth quarter marked a strong free cash flow finish to a challenging year, reflecting the results of better operations as well as strong and improving orders in Power and Renewable Energy.”

During the call, Culp noted that the pandemic had hit the company hard. He did say that due to the way the company managed the crisis it was able to strengthen its financial position which should allow it to “play more offense in 2021.”

Looking at the breakdown of the results, the company’s performance over Q4 was driven largely by an increase in orders for its power and renewable energy businesses. Strength in this area helped offset the decline seen in other areas such as aviation and healthcare.

The company’s power business saw a 26% rally in year-on-year orders, at $5.62 billion for the quarter. This increase was fuelled by a large rise in sales of gas power equipment. It was further helped by the company being able to reduce its fixed costs for gas and power by 12%. This helped it deliver a positive 202 cash flow. 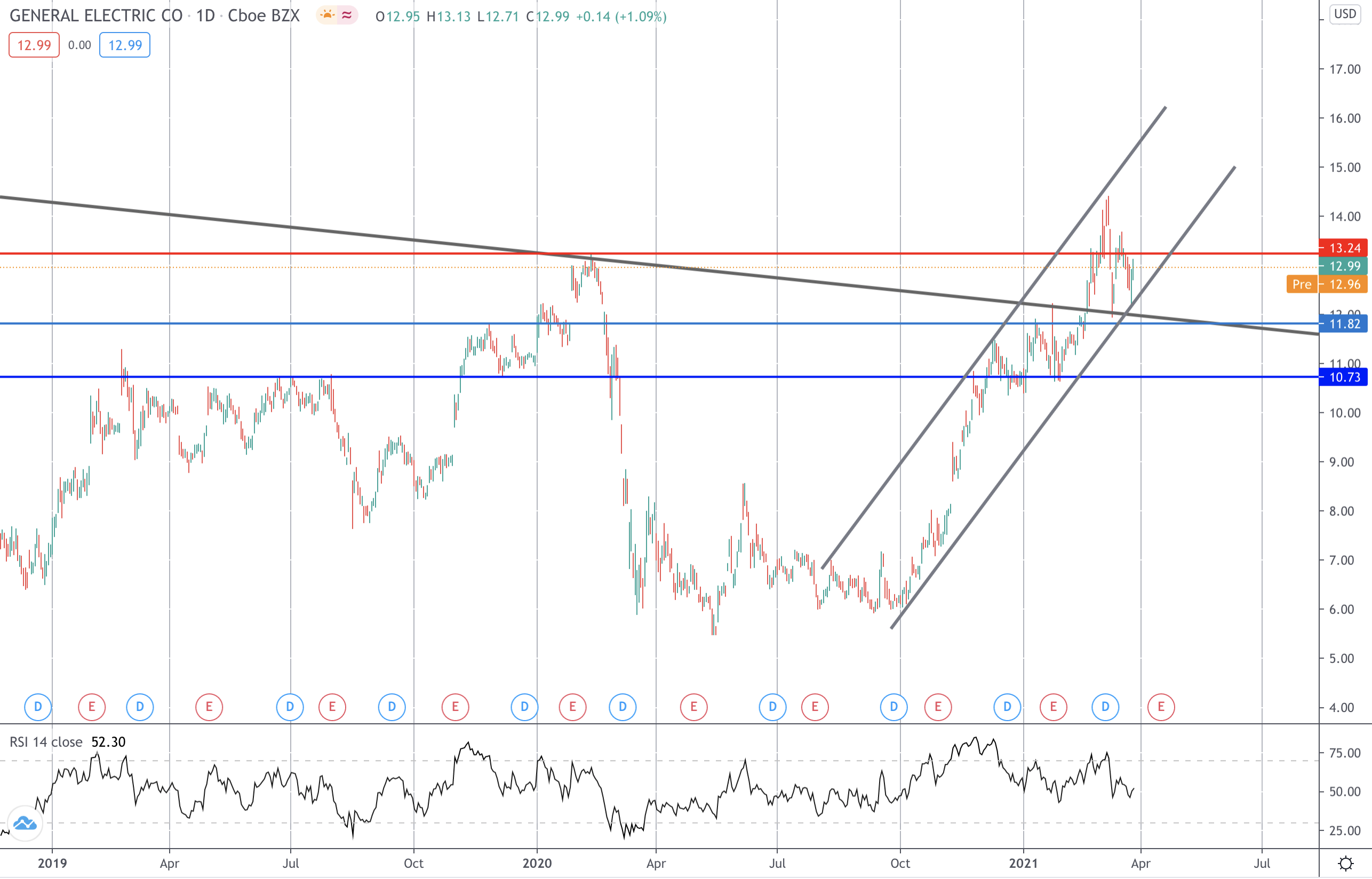 The rally in GE shares over 2021 has seen price breaking out above the bearish trend line from 2020 highs and above the 13.24 level highs with price moving higher within a narrow bullish channel. However, the rally has run into selling pressure recently with price correcting lower back beneath the 1324 level. For now, the retest of the broken bear trend line and the 11.82 level are holding as support, keeping the near-term bias bullish. Should price break below this area, 10.73 is the next level to watch as support.

At Orbex, the client is at the heart of everything we do and everything we do is designed to guarantee your satisfaction. Hereâ€™s how Forex Trading with Orbex will enhance your trading experience: Best-in-class customer service, including live chat and free webcall One-hour response time for sales and support requests Multiple asset trading and ECN accounts on MT4 0.9 pip fixed spread at ZERO commission Up to 1:500 leverage
Forex No Deposit Bonus