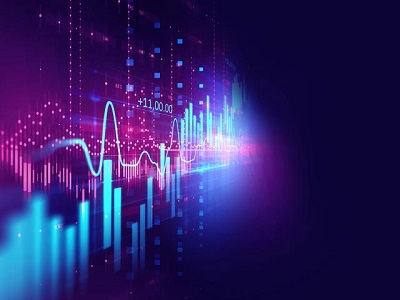 As traders, we have to deal with many varied and obscure headlines whilst sitting at our screens. And today is no exception with the Suez Canal potentially getting back to normal while some huge investment banks count the cost of lending to an opaque family office. US stocks have opened lower on the day as markets continue to trade in quiet risk-off fashion. The dollar is generally mixed to slightly better bid against its major peers with GBP leading the charts and rebounding from rather “cheap” levels in the upper 1.36s in cable. The liquidation of a large hedge fund managed by a family office is souring the mood with the chance of more forced selling after the investment fund failed a margin call – essentially a demand to put up more collateral against its trades or face a forced liquidation. There are several questions being asked about how a fund manager with a chequered past could wrack up such large leverage to fund speculative stock purchases, with the unwinding of assets causing major pain to some household banking names. Nomura and Credit Suisse have been hit especially hard although the wider fallout from the Friday’s deleveraging is expected to be a one-off and contained.

The S&P closed on record highs last week and is now clawing back earlier losses seen in the futures. A double top had been developing on Thursday but the 50-day moving average acted as decent support and traders are now looking to push through resistance just below the magic 4,000 level.

Its 15 minutes of fame is over! Never has a big ship (skyscraper-sized in fact) caused such endless fascination, but it seems “Ever Given”, the cargo ship which had been stuck in the Suez Canal for almost a week has been set free to sail off into the sunset. The blockage had created a build-up of around 370 vessels on either side of the canal, which carries roughly 12% of global trade. Around $10 billion of trade passes through the canal each day.

Oil has barely moved, with prices marginally weaker and WTI desperately trying to remain above $60. The market has one eye on the OPEC+ meeting scheduled for this Thursday. Analysts expect the major oil producers to hold off again from raising their output quotas. The demand picture has been damaged by the extended lockdowns in Europe, so this is expected to provide some support to prices. On the daily chart, $57.28 is now established as strong support after holding prices around there last week. Bulls will look to push prices higher above last week’s high at $62 before taking aim at recent cycle highs.

The FXTM brand was initially launched in 2011 with a unique vision to provide unparalleled superior trading conditions, advanced education and state-of-the-art trading tools in the forex industry. As a result of a continuous focus on localizing our products and services to suit each market, together with our successful collaboration with talented and experienced teams from all over the world, FXTM was quickly established as the global trademark it is today.
Forex No Deposit Bonus